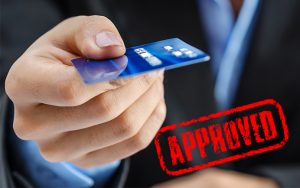 A 2017 study conducted in the U.S. by Harris Poll showed some surprising statistics about debt in the USA. At that time, the average American household was over $15,000 in debt! Here are some easy to follow tips to avoid getting into debt, or help you quickly get out of debt.

Sources including Gallup, Forbes, & CreditCards.com say that today the average American has between 2-4 credit cards. Credit card companies entice customers with low initial interest rates and other incentives. They design “perks” like cash back on purchases and air miles to draw you into debt.

Credit cards are often advertised as a way for the average person to live a life of luxury and abundance. We all probably know someone who drives a car they can’t afford or takes vacations they haven’t saved for. They struggle to make the minimum monthly payment on luxuries they don’t have time to use. Let’s face it, credit card companies aren’t kind and wealthy benefactors looking to fund the lifestyles of strangers. They’re a business that generates hundreds of billions of dollars in revenue annually.

During a Tonight Show monologue, Johnny Carson once quipped,

Practice personal restraint to avoid getting into debt. You can do more with your money, both now and later, if it isn’t bled off to pay your creditors!

I was blessed with the natural desire to save money. As a child, when I received a birthday card with cash I wanted to save it instead of buying something fun. When I started working, I lived in an extremely low budget apartment. Most of my first check of each month went towards paying rent and medical expenses, with a small portion set aside for groceries. With my second monthly paycheck, I put the same amount into a savings account (as if it had already been spent).

It was extremely difficult to live in voluntary poverty. However, I was able to put 6-months worth of living expenses into savings every year! This came in handy a few years later when the opportunity arose to launch a nationwide prepaid wireless company that required substantial funding.

Setting a budget enables you to manage regular bills and expenses. It also allows you to plan ahead for future costs and save for investments or business opportunities. When I lived in that ghetto apartment in Denver, I saved half of my pay every month. I simply acted as if that part of my check didn’t exist. I wasn’t saving for anything specific. However, a few years later the opportunity arose to launch my first retail cell phone store. I had enough money saved to build out the store, buy inventory, and pay for advertising.

My first store grew and our customer base increased. I was able to form a team and launch what is now a company that sells wireless service nationwide! If I hadn’t set that meager amount of money aside each month, the opportunity would have just been a dream I never had a chance to achieve!

Although sticking to your budget today may be difficult, it will be less painful than trying to make up for going into debt. Follow your budget strictly to set yourself up for future success. Debt can be a dangerous, slippery pit that’s easy to go down but difficult to escape. There are a lot of great teachings in the Bible about debt, investing and finances. Proverbs 22:7 ESV says,

“The rich rules over the poor, and the borrower is the slave of the lender.”

You can see a good example of spending money you haven’t earned on every road in America. The majority of all cars on the road today are financed! I’ve often heard people talk about how they “deserve” a new car or a better house. The truth is, you only deserve that fancy new car if you’ve done the work and saved up the cash to pay for it in full. Making payments with interest on a depreciating item is the definition of poor financial planning.

Be Careful with Student Loans

There are many professions that demand the specialized knowledge and skills gained through a college degree. For example, you wouldn’t want to visit a doctor who didn’t graduate from medical school! Many professions such as doctors, dentists, automotive technicians, lawyers, and engineers require the extensive training of a college degree. You can look at a student loan, to land one of these professional careers, as an investment in your own future.

Here’s the good news: To some extent, the days of needing a college degree to become successful are over. There are many opportunities to create an incredible lifestyle as an entrepreneur! Whichever direction you choose, take the time to calculate your return on investment.

Don’t forget to reward yourself, but only when you’ve earned it. When I was in college, many of my friends had sportbike motorcycles. Most of them made the minimum monthly payment to finance a toy they didn’t really need and couldn’t truly afford. Seeing the financial stress these bills caused on my friends, I decided to hold off and not buy a motorcycle, even though I qualified for it at the local dealership.

Instead, I made those monthly payments into a savings account. When I bought the first of many motorcycles, I was able to pay in cash. I completely avoided the worry of having enough money to make the minimum monthly payments. I purchased my first (used) motorcycle from a guy who had spent thousands in upgrades but barely rode it. Because I bought it used, I was also able to avoid the instant, massive depreciation.

As you can see in the examples above, practicing self-discipline and avoiding debt will pay off in the long run. You’ll never be sorry that you prepared for the future!