It’s challenging to have an unbiased opinion on this topic. My goal isn’t to convince you, but instead, share both arguments and let you decide.

If a hundred public speakers give a similar speech, but one guy is yelling profanity, you may be offended, but you’ll remember the guy who’s swearing. I’ve seen studies quoted that say cussing is a sign of intelligence.

Although I don’t relate to his use of profanity, Gary Vaynerchuk (known by millions as “Gary Vee”) has created one of the most influential personal brands in the industry. Gary Vaynerchuk provides incredible advice and insights for young entrepreneurs. Still, many were unable to connect because of his frequent use of obscenity.

In April 2019, I reached out to Gary about his use of profanity, and I’m sure others had as well. He’s been an early adapter in dozens of platforms, and it was great to see that he launched Curse Free GaryVee to provide censored content to subscribers who wanted to gain from his wisdom, without compromising their values.

Gary didn’t pretend he doesn’t curse in real life, or act inauthentic, and it takes a lot of additional work to create censored versions of his talks. Curse Free GaryVee provides content that’s relatable to a wider audience, while he continues to produce the uncensored versions for other fans.

Does Cussing Make You Smarter?

If you have never said a cuss word but decide to try swearing, does your IQ automatically increase? What if you’re a brain surgeon who swears like a sailor? Do you lose your intelligence if you decide to stop using profanity?

Do People Who Refuse To Curse Have Stronger Willpower?

I can tell you from experience; this was not an easy decision. It has taken a great deal of courage at times.

Stopping swearing didn’t make me less intelligent, but it did make me more relatable. In a group that uses profanity, I wouldn’t be excluded if I chose not to swear. In most professional situations, if I incorporated the “f-bomb,” I’d probably make someone uncomfortable or unwilling to do business with me.

How Do I Want To Influence Others?

Gallant Dill commented on how the world is a rough place, and profanity is used everywhere. He mentioned that it’s a lie to protect your kids from swearing. He said they’ll hear it when they’re away from you anyways.

If You Don’t Cuss In Front Of Your Children, Does That Make You A Liar?

Does keeping your kids from profanity hide them from the harsh reality of the “real world”? Kayla Hutton said this about the use of profanity in front of kids.

“Why do parents need to be the ‘harsh reality’? For example: Just because there are drug addicts and alcoholics in the world, that doesn’t mean we need to be the bad influence our kids will see, right?”

What if I said the “F-word” right now? Does that automatically make you think I’m more successful, smarter, or more influential? Would it increase my IQ or make me look stronger to you?

We Become What We Surround Ourselves With

A few years back, I was on a second date. We went to see a new movie release that premiered that evening. The theater was packed. We started snacking on buttery popcorn and chatting quietly until the movie started. The previews finished, and the movie began. Suddenly, there was a long string of vulgar words, and the star of the film used the Lord’s Name in vain.

I stood up, grabbed my jacket, and told my date I wasn’t going to stay for the movie. I was nervous not only about what she would think but also because we were in front of an absolutely packed theater. She was frustrated and embarrassed that I decided to walk out in front of the whole theater. She told me, “It’s just words!” trying to convince me to continue watching.

I expected harsh judgment from other moviegoers (especially as my date chastised me). Then a guy in the back started slow-clapping. As I tried to slip out quietly, other people joined the clapping. Soon a number of them stood up and left the theater with me!

That first guy who clapped loudly gave others the courage to join in. They stood up to remove themselves from a situation where they weren’t comfortable with the profanity.

I wish I knew who the guy was because I’d love to thank him. In my date’s eyes, he transformed me from looking like a weakling who couldn’t stand a few vulgar words, to a leader who started a mini-revolution at the local movie theater.

Is The “Poverty-Of-Vocabulary” (POV) Hypothesis True?

I don’t think the use of profanity has much to do with your lack or abundance of vocabulary but instead correlates more closely with a person’s willpower.

I read or listen to an average of 6.4 books per month. As I learn and grow, my views and understanding of life change.

I don’t automatically think you’re an idiot if you use profanity in conversation. Still, I do respect those who choose non-vulgar communication when a cuss-word may have been the natural response.

If you watched two guys accidentally smash their finger with a hammer, who would you respect more?

Who do you respect more in that situation? 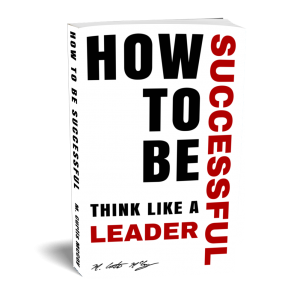